​A beautiful large reservoir in the Grand River, but heavy use by power boats makes this a difficult spot to kayak. 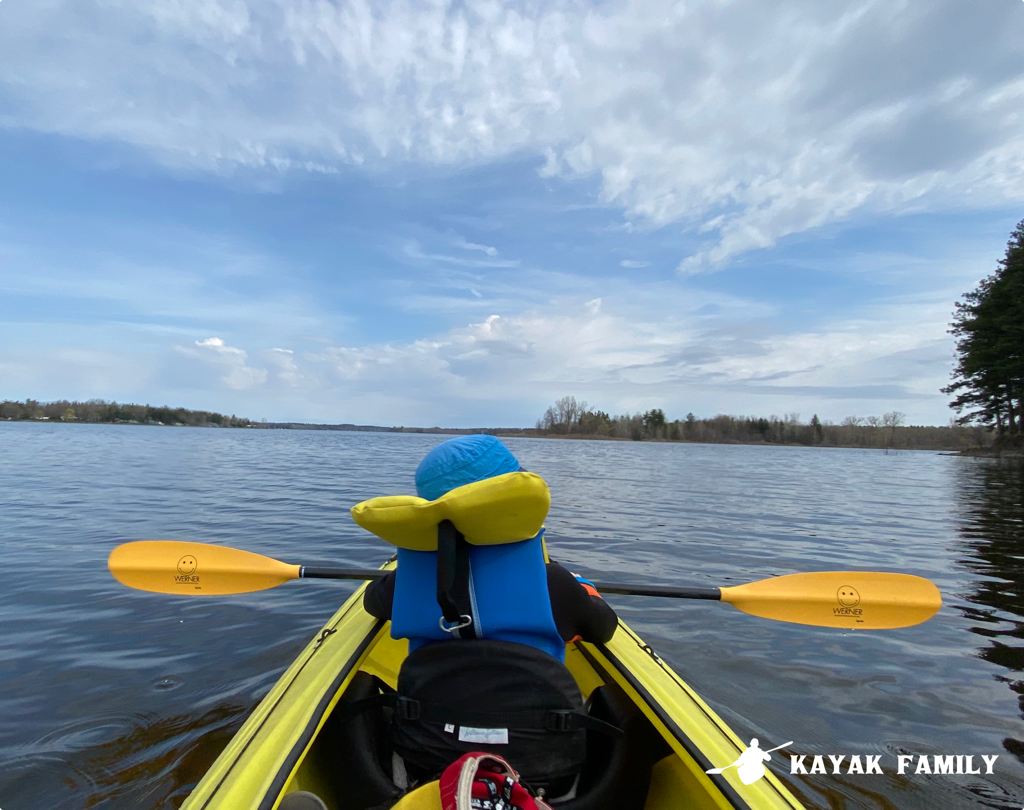 We do not recommend this destination for kayaking.  With so many great spots to kayak near the GTA, and the prevalence of speed boats and jet skis at Belwood Lake, there are many kayaking destinations we would recommend ahead of Belwood Lake.  Speed boats and jet skis create powerful wake (waves) that can cause a kayak to tip.  Even without the danger cause by wake, we didn't find any unique features at Belwood Lake that would make it a "must visit" destination.
Put In / Take Out:  8282 Wellington County Rd 18, Fergus, ON  N1M 2W5

Trip Length: The reservoir is 12km long.  You can cover as little or as much of the reservoir as you wish.

Degree of Difficulty: This isn't a destination that we recommend.  There's an easy beach launch, and no major natural features that make the lake dangerous, but heavy use by speed boats and jet skis can be quite dangerous.

Life jackets and all Transport Canada required safety gear are always a must.  We would also suggest you carry a bilge pump - in the event that you get swamped by wake, bilge pumps are a much quicker way to empty the water out of your kayak and back into the lake.
​

One Day in May

When we set out to Belwood Lake in early May 2021, we had already been warned that the location was a busy one with lots of marina traffic.  However, as marinas were still closed due to provincial restrictions, we thought that it would be an ideal time to explore this local-to-us reservoir on the Grand River.  We pulled in at around 9:30 and pretty much had the parking lot to ourselves.

By the time we unloaded and launched, it was around 10:00, and a couple other small fishing boats were on the water.  But as the morning wore on, the lake got busier and busier.  The boat launch ramp was NOT closed, despite restrictions on marinas.  If this was a quiet day in early May, I'd hate to see this place by kayak on a summer long weekend with no pandemic raging.  No thank-you! 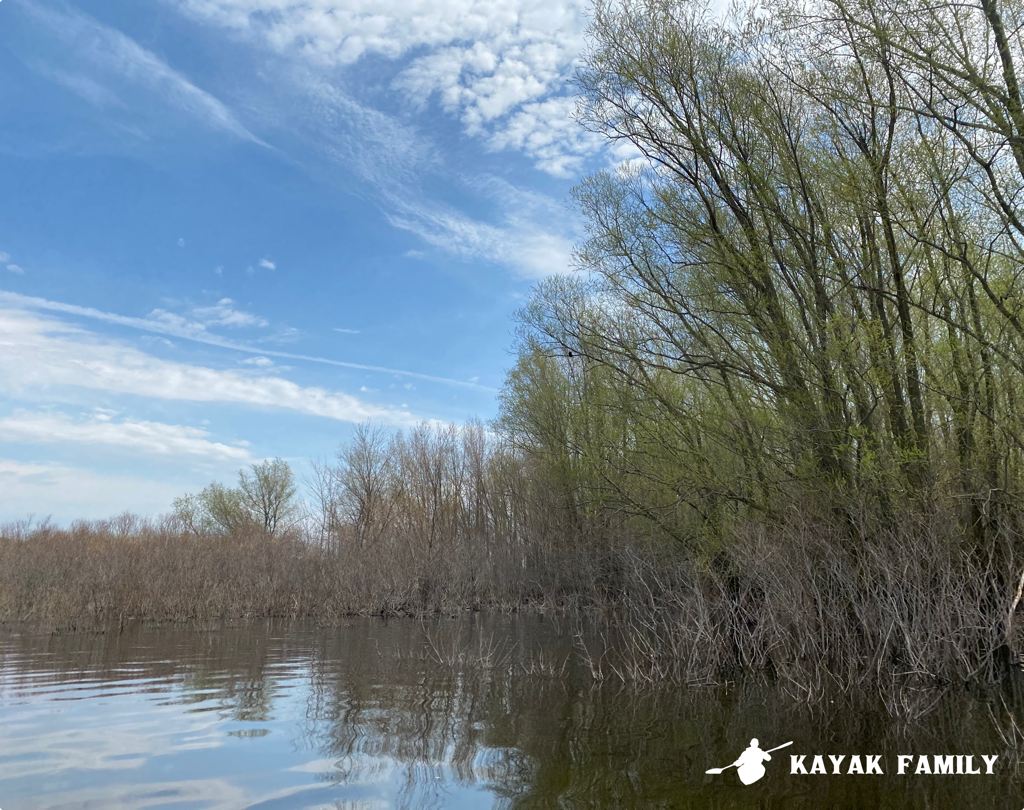 High water levels in the marsh in May
While the launch had a few docks, we opted to launch on the south side of the spit of beach - because we could back the car and trailer right up, making the unload and packing of the kayaks a piece of cake!  From there, we set out to explore the marshy areas on the south side of the lake, closest to the road.  The water was very high, flooding the bases of many of the trees, and the marsh was full of Canada geese and male red-winged black birds staking out their territories for the return of the females. 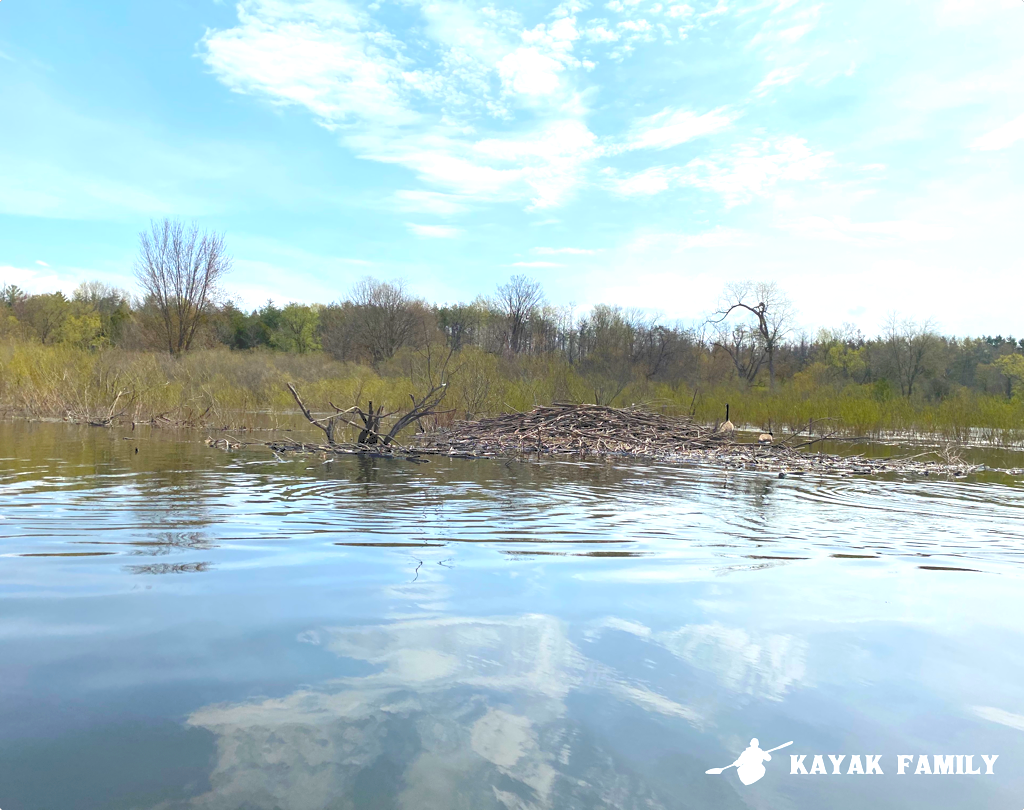 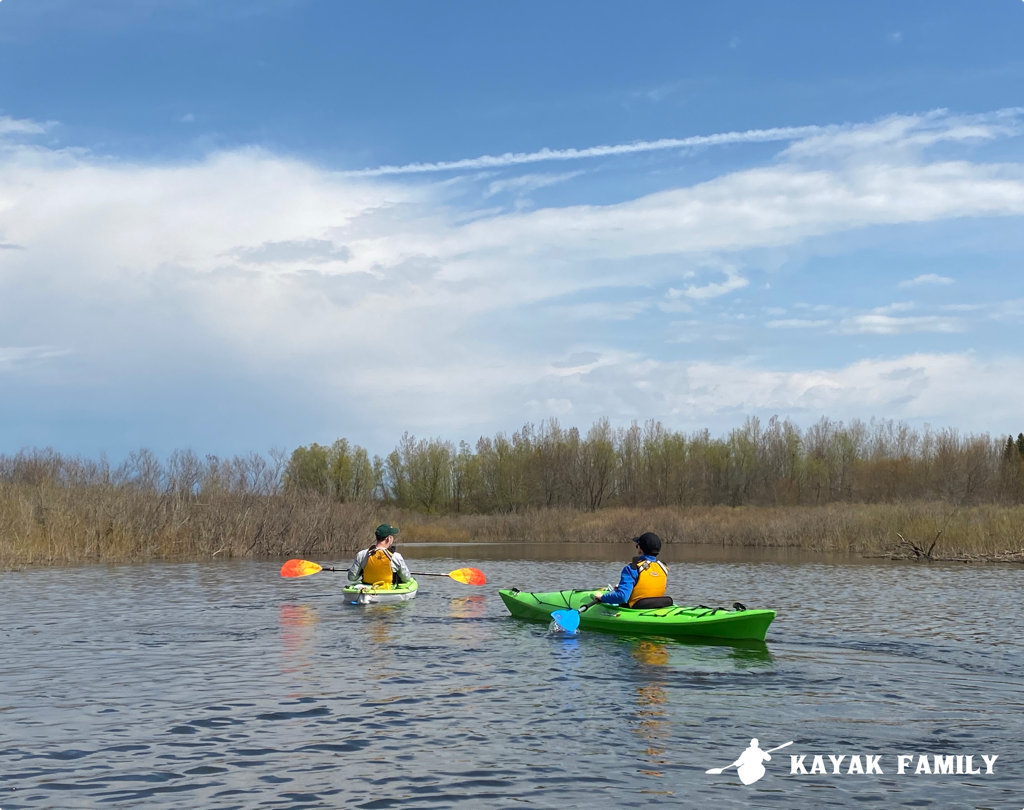 Exploring the marshes. So many red winged blackbirds!
We explored the marsh before heading out further down the lake, which took us away from the shore managed by the Belwood Lake Conservation Area and into the lake surrounded by cottages and homes.

We usually find a spot to stop mid-way through our paddle, and hop out of our kayaks for a picnic lunch on the shore.  At Belwood Lake, we were unable to find any such spots.  Based on the maps, we thought there were a few spots, but we paddled out to them, and no such luck.  We ended up eating our lunch in the boats, which was a bit more complicated since we pack a communal container of sandwiches and had to share them around instead of each having our own lunch right in our boat.

From there, it was a pretty uneventful trip back.  My husband took the north shore back, which offered a few more spots to explore, but he had a run-in with an overzealous speed boat and ended up soaked with his kayak half full of water.  It might not have been so bad if it wasn't early May and COLD! - but we heard that the boating traffic gets way worse and can be a lot more dangerous than we experienced.

I've yet to have a kayak trip I didn't enjoy, and our trip to Belwood Lake was no exception.  There wasn't anything really special or unique about Belwood, though, and the light boat traffic we experienced was just a warm-up to what we could expect on a normal summer weekend.  There are so many great spots to kayak in the GTA, so I would recommend that you look through our Destinations list to find another spot to spend your day, and leave Belwood Lake for the speed boaters and jet skiers who want to show off! 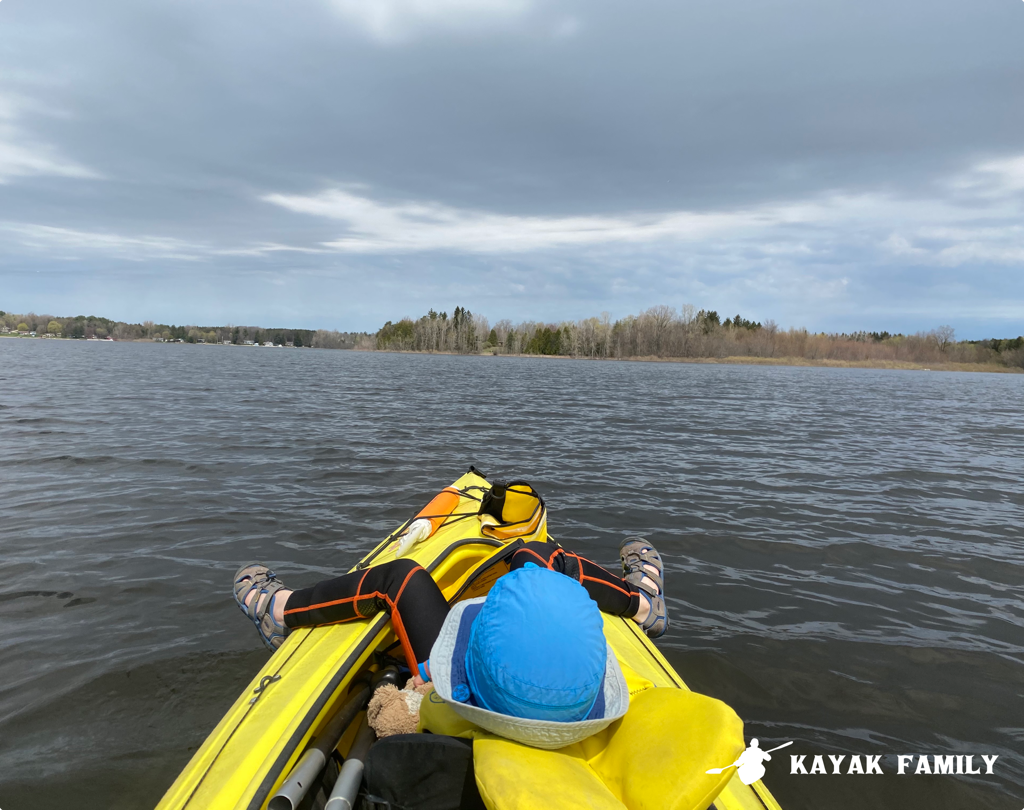 My co-pilot had a nap in the sunshine. If you look through our Destinations, you'll see this is a common occurance!

The Canadian Heritage River System - an overview of the designation and more details about the Grand River, as well as other Canadian rivers that have received this recognition. 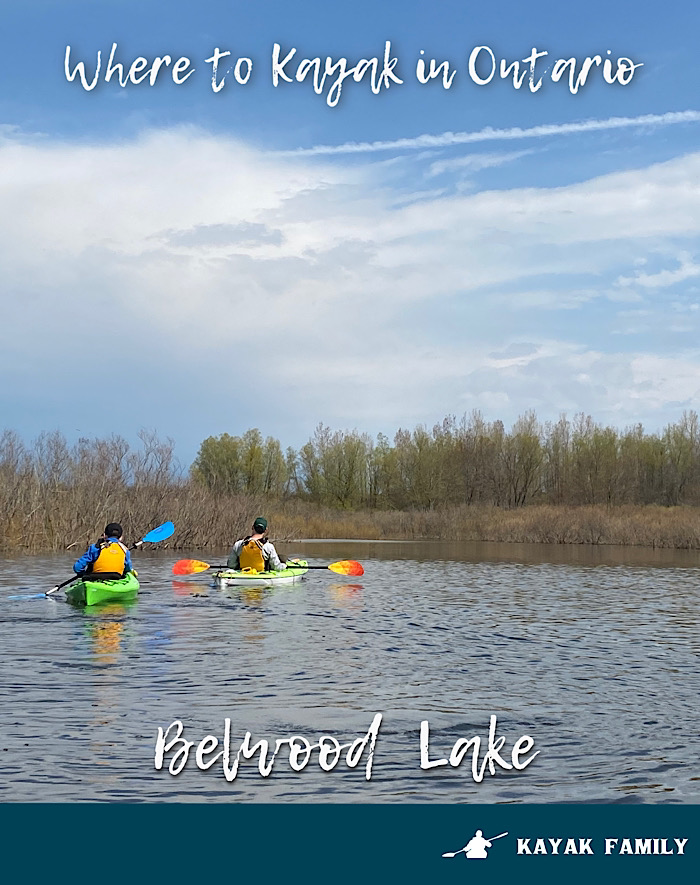